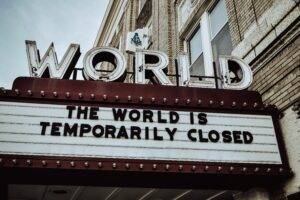 It seems odd to plan to sell your business now, but that’s exactly what you should do.

With a potential recession looming, why should you sell your company now? We spoke with Tampa Busines Broker, Tim Bellon to get his thoughts.

“A few of the big reasons an owner sells their company is because they age out, lose interest, or failing health forces their hand. And, of course, all of these reasons will continue to exist despite what economic cycle we are in. Selling a business now can be a good move because as brokers, we can explain (to buyers) why sales are down or even non-existent in March and April of this year. Everyone understands it was the government-mandated shutdown that temporarily hindered performance. Similar to a hurricane or other natural disaster, buyers won’t necessarily demand a discount because they know it was an isolated event.

However, if our slowdown lasts for months, it’s going to be harder to defend an owner’s position and they will have to face the reality that their business is worth a fraction of what it was only a couple months earlier.  Multiple consecutive months of lackluster performance kills company value.”

In 2008, the United States suffered through the housing crisis. Known as the Great Recession, it was a tough decade for small businesses. Back then there were early warning signs that trouble was coming. If sellers missed their window, they were forced to stay in their businesses another 10 years before they recaptured the business value they had pre-2008. The result was many companies were sold for pennies on the dollar, (if at all) and others were trapped in their businesses. Those lessons can be applied to the current day.

Economists are split about what happens next. Expectations are tempered that the economy will immediately bounce back due to major interruptions in supply chains and uncertainty in demand. The worst-case scenario is if we have an “L shaped” recovery as we did during the Great Recession where it took 4 years to get back to pre-recession levels. So if owners miss their window to sell now, they may have to settle in for a long time.

Our government authorized 2 trillion dollars to go back into our economy to keep it going. While much of that money is in the form of outright cash payments to taxpayers, much of it was diverted to well known SBA loan programs. What were already attractive programs for buyers, terms got even better in March when the SBA announced they will be paying the principal, interest, and fees on new loans for 6 months if issued before September 27, 2020.

With financing becoming easier for buyers, it should increase competition to buy good businesses, therefore, keeping the price high.

Bellon summarizes, “The question company owners have to ask themselves is – are they willing to work in their business another 10 years if recovery is slow”. If that answer is no, they should investigate selling their business NOW.  The first step is to learn what the company is worth 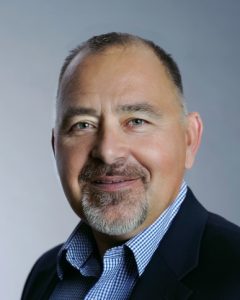 Tim Bellon, Owner VR Business Brokers: Tim was born and raised in North Dakota, and after the culmination of a 21+ year career in the U.S. Army, he and his wife Beth retired in Apollo Beach, FL. He earned his Bachelor’s Degree in History and Political Science from Concordia College, and a Master’s of Science in Defense Analysis from the Naval Postgraduate School.

Tim joined the VR Business Sales Team in 2012 as the owner and managing broker of an office serving the greater Tampa Bay, FL. During this time, he has focused on helping business owners realize their goals through selling, buying, or growing businesses. He also assists individuals, and companies looking to expand, in the identification and acquisition of businesses.

Tim is community-oriented and is a proud member of the following organizations; International Business Brokers Association (IBBA), Business Brokers of Florida (BBF), SouthShore Chamber of Commerce, Commercial Finance Association (CFA), American Legion, Disabled American Veterans (DAV), and the Knights of Columbus. Tim can be reached via email at TBellon@VRSouthShore.com.